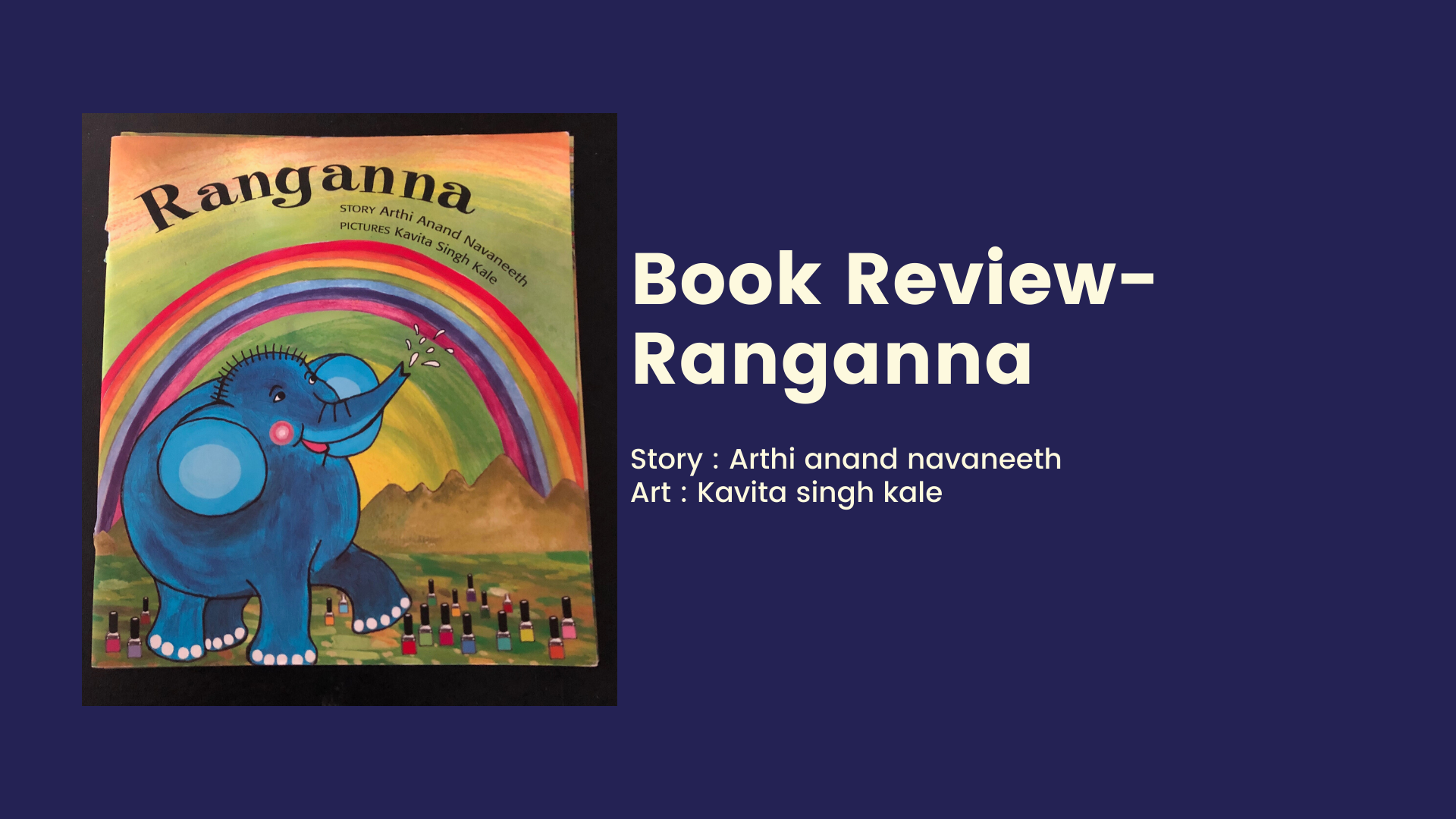 An elephant named, Ranganna lived near the dhobi ghat. He loves soap bubbles and the sounds of clothes beaten up. He loves to watch the colors of the clothes, colors of the flowers, colors of the sari, bangles, rainbow, etc. One day his friends Aditi and Anushka came to meet him. He loves to watch the color of their paavadai (Dress). He has noticed something colorful on their nails. It is the nail polish. He got excited by seeing that and wants to apply it for him. He asked his friends to apply the same on his nails too. Both were surprised to hear this and asked: “Whoever heard of an elephant wearing nail polish”. Ranganna became sad after hearing it. As Anushka and Aditi do not want him to feel bad, they said they will get the nail polish tomorrow.

They have started to count his nails. Five-five in the front, said “Anushka” and Four-four in the back, said “Aditi.” They said they will get one bottle for each nail. Moreover, they got it the next day. They spent the whole day painting Ranganna’s nails. He was so happy and started to run all around the ghat to show off to his friends.

My 2.7 year old daughter loves to read and hear this story. At this age, she can’t read on her own, but she somewhat understands the concept .I would highly recommend this book for kids ranges from 2.5 years to 5 years.

Cut out board books

Any cookies that may not be particularly necessary for the website to function and is used specifically to collect user personal data via analytics, ads, other embedded contents are termed as non-necessary cookies. It is mandatory to procure user consent prior to running these cookies on your website.